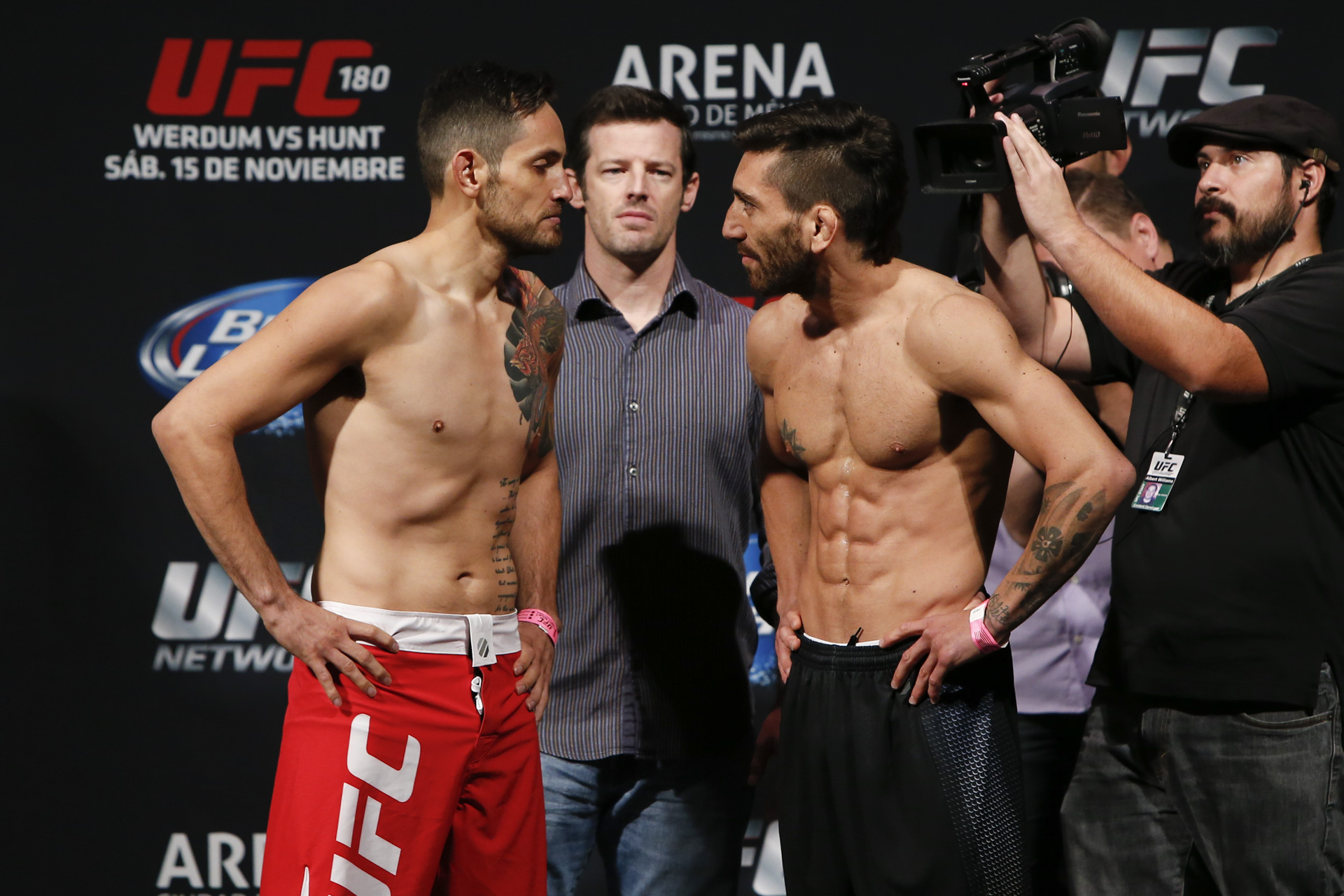 UFC Heavyweight Championship bout bout between french champs Werdum. However, on October 21, it was announced by Mark Hunt. The title fight into an interim title bout.

Norman Parke was expected to face Diego Sanchez at the event. However, Parke pulled out of the bout and was briefly replaced by Joe Lauzon. In turn, injuries to both Sanchez and Lauzon led to the pairing being scrapped altogether.

Érik Pérez was expected to face Marcus Brimage at the event. However, Pérez pulled out of the bout due to his shoulder. Bisping

Two announced bouts between Latin America contestants Masio Fullen vs. Alexander Torres and Fredy Serrano vs. Bentley Syler had previously been postponed and will be scheduled at future events.