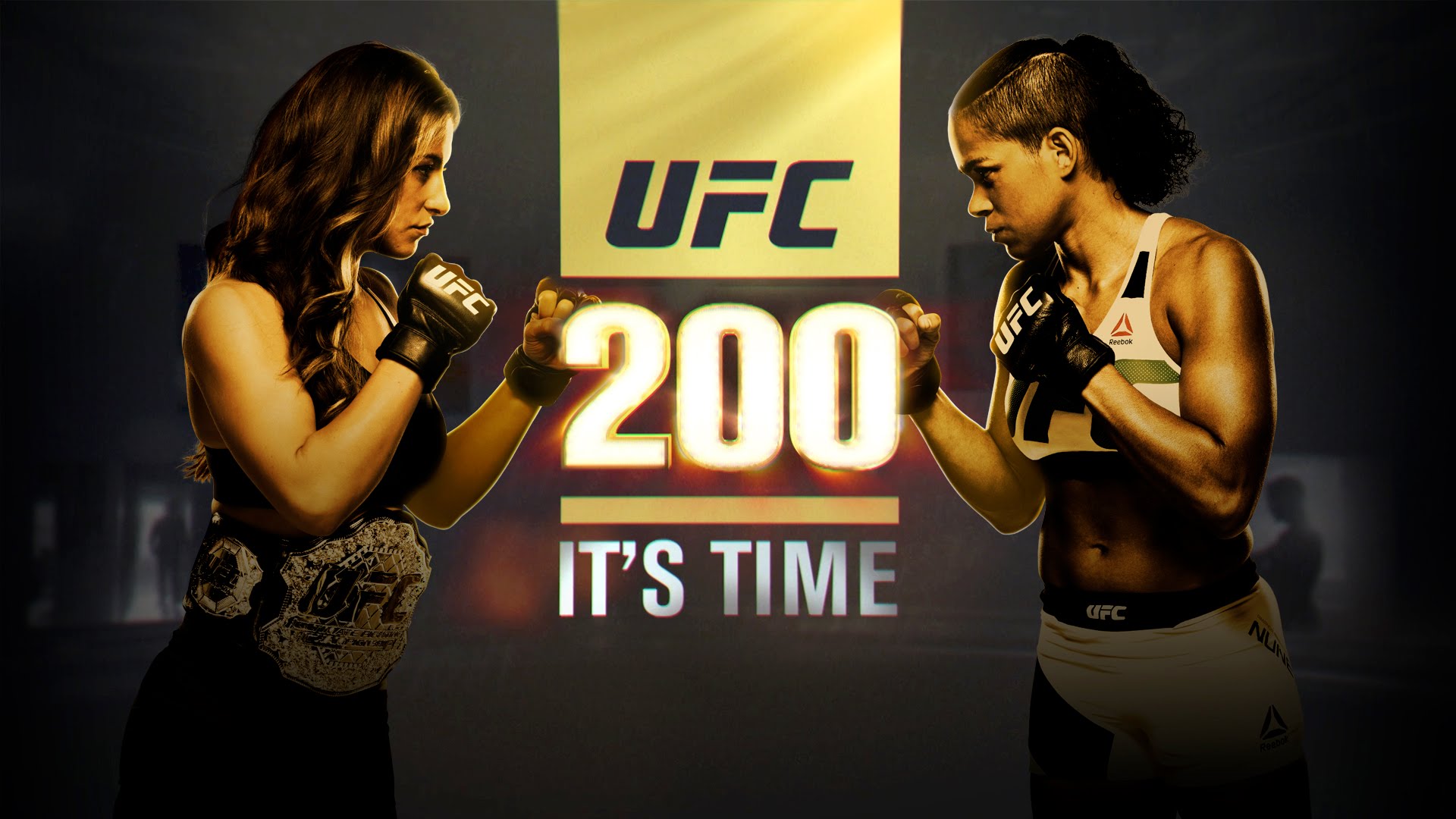 On June 4, a few hours before the UFC 199 event, MMAFighting.com reporter Ariel Helwani broke the news that former UFC Heavyweight Champion Brock Lesnar was close to finalizing a deal to return at this event, despite being active in the WWE. The UFC confirmed the report, via a teaser video clip on the UFC 199 main card broadcast.However, Helwani’s news scoop earned him a prompt physical ejection from the event venue and a lifetime ban from covering future UFC live events.

The organization faced a major backlash from the media community as well as fans,before reinstating Helwani’s media credentials. They also stated that it was their belief “recurring tactics used” by Helwani “extended beyond the purpose of journalism”, a statement that MMAFighting.com disagreed with.

Lesnar faced the 2001 K-1 World Grand Prix winner and former interim title contender Mark Hunt.Due to Jones’ removal from the card, this bout was briefly promoted as the new main event. However, after the Tate-Nunes bout was announced as the new headliner, Lesnar-Hunt was once again confirmed as the co-main event.Lesnar also headlined UFC 100 and with Jones’ absence, he and Jim Miller remained as the only two fighters to compete at both milestone events.

Due to McGregor’s experiments outside of his division, an interim UFC Featherweight Championship bout between former champion José Aldo and former lightweight champion Frankie Edgar took place at this event.It was a rematch, as Aldo previously defended his title against Edgar at UFC 156 in 2013 via unanimous decision.