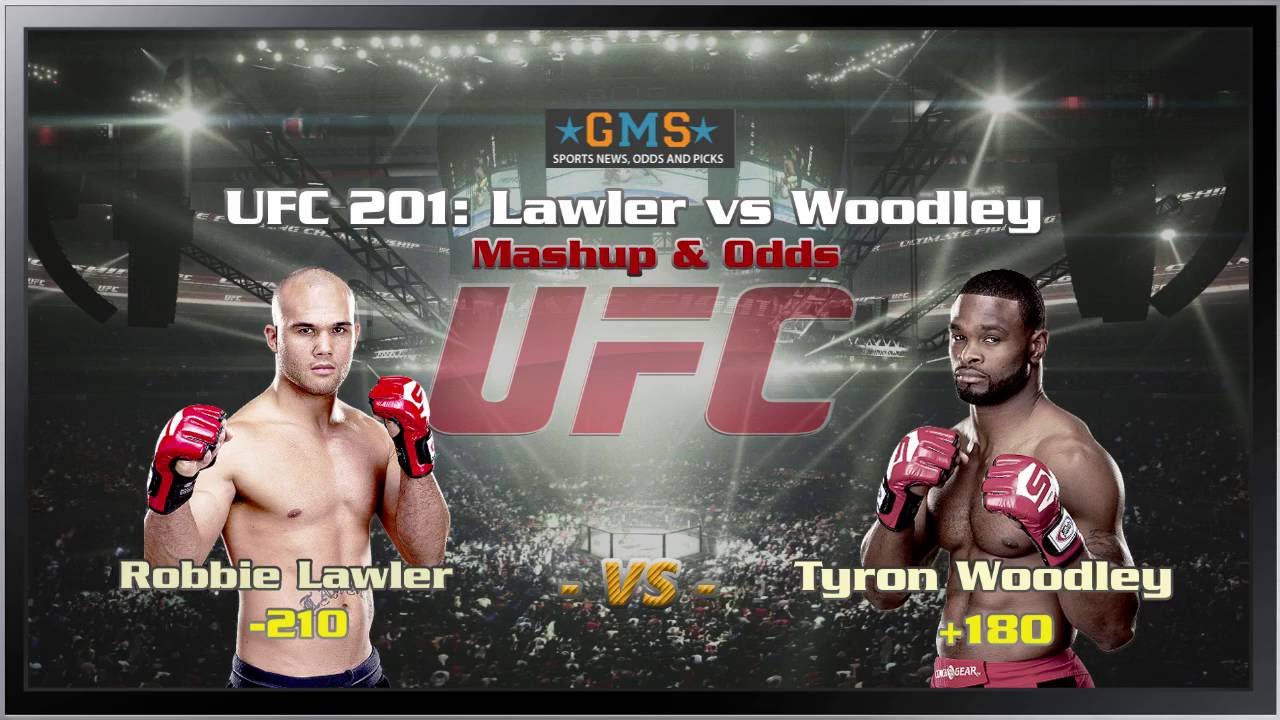 This was the third event that the organization has hosted in Atlanta, following UFC 88 in September 2008 and UFC 145 in April 2012.

The event was headlined by a UFC Welterweight Championship bout between then champion Robbie Lawler and top contender Tyron Woodley.

A UFC Flyweight Championship bout between current champion Demetrious Johnson and challenger Wilson Reis was expected to serve as the co-main event.However, on July 8, it was announced that Johnson pulled out due to an undisclosed injury and the bout was rescheduled for UFC on Fox 24.Reis was expected to remain on the card against promotional newcomer Sean Santella,but a few days later Santella announced the bout was scrapped because the UFC said “he needed to get more medicals done and there wasn’t enough time”. In turn, Reis faced Hector Sandoval, another newcomer.

Ray Borg was expected to face Fredy Serrano at the event, but pulled out on July 21 due to injury and was replaced by Ryan Benoit.

Justin Scoggins was expected to face Ian McCall in a flyweight bout. However, two days before the event, Scoggins announced he was struggling during the weight cut and was not going to make the contracted weight. The UFC pulled Scoggins and canceled the bout and McCall still weighed in as an alternate. Scoggins announced he will move to bantamweight for his next fight.As a result, McCall reportedly received his fight purse and a “win” bonus.